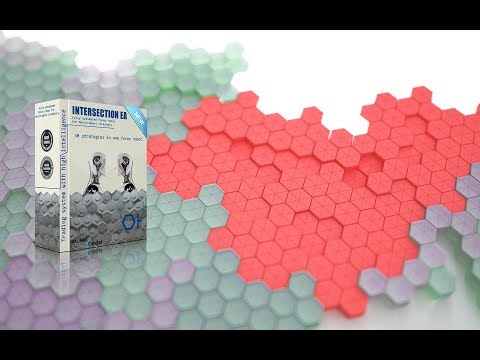 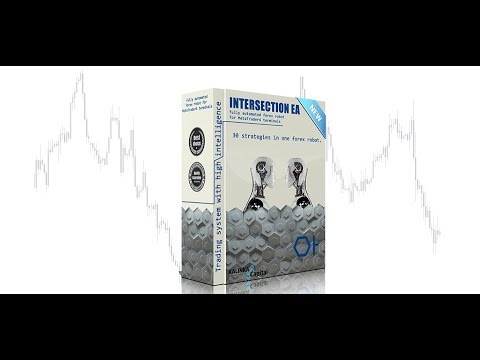 Hover over an image to enlarge

Traders and programmers of Kalinka Capital OU company, worked hard developing the Intersection EA forex robot, starting from the year 2011. Initially, this strategy was used by our traders as semi-automated signal system in trading with Kalinka Capital OU accounts. With the years, it became less and lesser dependant on trader's control. In 2016, we've fully automated this system and made it available in our shop. Then it was named as Intersection EA, and it is now available for everyone! As for professional traders and investors, and beginners, as a fully automated trading system. You need only to choose the trading settings that suite your needs and install the Intersection EA in your trading terminal MetaTrader 4, MetaTrader 5.

We consider Intersection EA trading system to be a top of the line and a safe to use forex robot. Using the Intersection EA in your trading, you don't need to get any "trend" or "reverse" based forex robots. 30(!) options of market analysis are implemented in this advisor. We've used maximal and sane combinations of trend indicators and oscillators in all 30 of market analysis options. So, there are basically 30(!) forex robots trading by the market «divergence» and «convergence» search strategies.


Detailed description and monitoring of trading on the site soft4forex.com


We've prepared a review of the updated version and trading results for the last 4 years of INTERSECTION EA v2.0 advisor - https://soft4forex.com/forex-strategy-tester/with-...

Expected return, growth of balance in a year with reinvestment of the received profit.

StopLoss - closure of loss making position by predetermined level in percents from the deposit, or in points range. This option is considered the most safe in trading.

Hedging - partial of full overlap of loss making position on account of profits gained with closed positions, in any direction and any traded instrument.

Averaging/breakeven - additional averaging position opening, in the same direction as loss making position. Following closure of all positions taking part in averaging, in total profit. This method is considered one of the most risk involving, with constant growing load of the deposit, in case if the trend is moving against the opened positions.

Martingale - averaging positions opening with exponential lot volume increase, in relation to previous loss position opened in the same direction. This method is considered the most risk involving, but at the same time, one of the most effective as well, if there is no long term trends on the market, such periods known as "flat market". We don't recommend to disregard the risk management recommendations, not to exceed the coefficient to more than 1.5 - 2.

Trading account type - Brokers are offering different account types with different trading conditions. One of them is difference in provided market price feed.

When determining the range of price movement in points, in analytics, projections and discussions, four digits after comma is taken into account.

:
The minimum deposit on a currency pair for 0.01 lot.

The minimum amount of security for safe trade with a minimum position volume of 0.01 lot for each instrument used in the trade.

Trading account type - Brokers are offering different account types with different trading conditions. One of them is difference in provided market price feed.

:
Standart, ECN, CENT, Pro and other types of accounts supported in the trading terminal.

02.10.2018 - New advisor version is available. We've optimized most of the code. History bars analysis corridor is added separately for each currency pair and time frame, taking into account the volatility of concluded corridor. For less than 4 years, profit from $10 000 went for $1 433 000 with the deposit drawdown of 11.83%!

20.08.2018 - Package of trading settings released for the INTERSECTION advisor (MT4+MT5), for 11 currency pairs, for divergence and convergence by CCI. You can download the updated trading settings via your personal cabinet, or by contacting the tech. support chat.

28.05.2018 - Package of trading settings released for the INTERSECTION advisor (MT4+MT5), for 12 currency pairs, for divergence and convergence by MACD.

05.11.2017 - Advisor adaptation process for the Meta Trader5 platform is initiated.

Starting from 3rd of October, we are initiating sales of 50 copies of this robot with a price tag of $1 499 with unlimited license. The rest that are sold after first 50 copies, will be active for only a year, for the same price.

We've prepared a review of the updated version and trading results for the last 4 years of INTERSECTION EA v2.0 advisor - https://soft4forex.com/forex-strategy-tester/with-...

We are offering software that is developed by us only.

You have 30 days to test your purchase